Searching for a Fountain of Youth 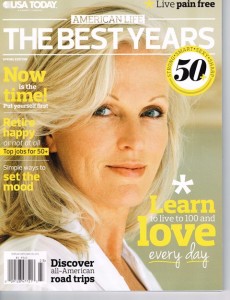 Today, geriatric research is ramping up to keep pace with America’s changing population. Doctors are searching for ways to keep us healthy and independent well into our golden years.

A key area of research centers on mobility. Few things affect quality of life in later years more than the ability to get around. Neil Alexander, director of a Veterans Affairs geriatric center in Michigan, works with patients to improve balance, posture control and physical activity.

“What we do is very broad, but also very relevant to a lot of people,” says Alexander, who is also a professor at the University of Michigan’s Institute of Gerontology.

Alexander’s research focuses on improving posture control and maintaining balance. Recent studies have looked at dual-tasking, the ability to maintain balance and walk safely while performing a separate task.

“People who have their attention diverted are at risk for fall, so we’ve been looking at that for a number of years,” he says.

“The whole approach is about using functional exercise to develop functional mobility, as well as improving physical activity at home,” he says. “It looks like it’s working well.”

Jeremy Walston traces his interest in geriatric research to a college job working for a dynamic elderly woman. He recalls the dramatic decline in her health and well being that he witnessed over his four years in school.

“That’s when I recognized that there was a big need to try to figure out how to keep people healthier longer,” Walston says.

Walston’s principal area of research centers frailty. As we age, our strength declines and our risk of developing chronic diseases rises. Walston and his team conduct studies in hopes of unlocking the secrets to maintaining strength and warding off disease as people age. Walston’s patients most often point to muscle weakness and fatigue associated with aging. Both conditions pose serious problems, hindering everyday function and often leading to serious falls.

“We’ve been trying to identify biological underpinnings that make older people more vulnerable,” he says, “so once we find those potential causes we try to develop interventions that might ameliorate those and slow the decline.”

Because frailty is not recognized as a disease state, there are no treatments to prescribe for it. Walston hopes his research will help that change.

“We look for basic biological reasons that older people would lose muscle mass and try to turn that around,” he says. “Our goal is to keep people independent and highly functional as long as possible, which means being able to take care of all your own needs and live independently in your own home.”

Looking at the whole person
Emotional and cognitive issues can also arise as we age. Dr. Dan Blazer, vice-chair of faculty in the psychiatry department at Duke University Medical Center, works to address those problems.

After years of studying depression in older adults, Blazer has turned his attention to the problem of substance abuse. This can include the use of  alcohol, illegal drugs and unauthorized prescription pain medications. Though not especially prevalent among older people today, Blazer expects those problems to increase as baby boomers age.

“Our research suggests that a significant number of individuals use substances in midlife, and that could be even more dangerous as they get older because it can cause falls and other health problems,” Blazer says. “When you have more people in late life using at a higher level, then you have a real problem pending.”

Blazer’s research suggests that preventative measures can help. He and his team have studied large databases of information about drug- use habits and health. The researchers found that asking about and monitoring the use of substances – both legal and illegal – can have a positive impact.

“It’s very common for a physician to ask a 20-year-old male about substance use, but much less common to ask a 50- or 70-year-old old male the same thing,” he says.

Educating older patients about the dangers of substance abuse, as well as how to recognize and prevent it, will prove crucial to keeping them healthy.

“Most older people don’t think of people they know having problems with substance abuse, and they don’t realize some of the risks,” he says. “But there’s good evidence that we can help eliminate substance abuse problems in older adults, and if it’s done early enough it will have a major role in improving both the lives of those people as well as their life expectancies.”