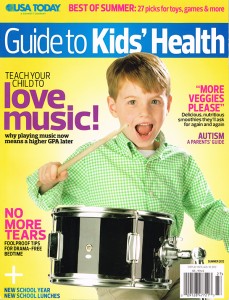 Jen and Michael Schanne were ready for a baby. Actually, they’d been ready for three years. During that time, they’d struggled with infertility and suffered four miscarriages. Finally, doctors informed the couple that there was only one thing left to try: in vitro fertilization.

“We knew this was our last chance to have a baby of our own,” says Jen, 36. “It had been a long ordeal, but we were still hopeful.”

Doctors retrieved eggs from Jen’s ovaries and then fertilized them in the laboratory with Michael’s sperm. The fertilization was successful, and the couple had many embryos to choose form. They decided to implant two. Their good fortune continued, and a few weeks later they found out Jen was pregnant with twins. Claire and Cooper were born happy and healthy in July 2003.

“Words cannot even begin to describe the extreme joy that we felt when our twins were born,” Jen says.

Because of their history of miscarriages, and mindful of the fact that only about 30 percent of first-round IVF procedures are successful, the Schannes chose to freeze their remaining embryos in case they wanted to get pregnant again in the future.
“We went ahead and froze the embryos just in case we needed them down the road, not even thinking about what we’d do with them if we didn’t use them,” she says.

When the twins were about three years old, the Schannes decided that their family was complete. Since they would not need the embryos they had frozen, they began exploring their options.

They had several choices to consider. They could have the embryos destroyed or donate them to science. Another option was to seek out a couple in need and donate their embryos anonymously or use an adoption agency to arrange an open, semi-open or closed donation.

“We believe their life began with the embryo, so destroying them was not an option,” says Jen. Neither was donating them to science.

The couple ultimately decided upon an open donation. They also wanted to have some control over who received their embryos and to know how many children were born form their embryos and where they were located.

“Not knowing the location of the siblings of our children would have kept us constantly wondering,” Jen says. “So after thoughtful consideration, we decided to look for an embryo adoption agency.  This way we know the outcome and know that they are being raised in a loving and happy environment.”

The couple found an agency called Embryos Alive in their hometown. The paperwork they filled out was very similar to that used in a traditional adoption, asking about their health and family history. They were also asked to submit pictures of their family, and specify what they were looking for in a potential family.

“We outlined our criteria to describe the kind of people we were looking for. For example, we knew we wanted someone who didn’t have children and had a Christian background and stable home life, that sort of thing,” Jen says.

The same week the Schannes signed up with Embryos Alive, a New Jersey couple enlisted its services in hopes of finding some embryos. The couple had been trying to get pregnant for 14 years. It took less than two days for the agency to find what Jen calls “a perfect match.”

“After reading the information about the potential adoptive family, I knew that they were right.  We arranged for a telephone conference that next day,” says Jen. When they spoke on the phone together, the couples felt an immediate connection.

“They had everything we were looking for in a potential family. It was like it was meant to be,” Jen says. “She even said the baby pictures of my son looked like her husband’s baby pictures.”

The couples decided to proceed with an open donation, which meant that they would know each other’s names and locations. The New Jersey couple, who received all nine of the Schanne’s embryos, would be required to share photos of any children born.

Once the process was complete, the couple wasted no time in attempting to start their family. They, too, were successful on their first attempt, and their long-awaited daughter arrived in December of 2008.  A few years later, they underwent the procedure again and welcomed a son in April of 2011.     Today, both sets of parents communicate frequently via email. The Schannes receive photos of the children on a regular basis. While the two families haven’t met in person or explained the situation to their children, they plan to do so once their kids get a little older.

It’s a day Jen looks forward to. “Our adoptive family is really grateful for the blessings we gave them,” she says. “And we’re grateful that we were able to give someone the ultimate gift of life.”